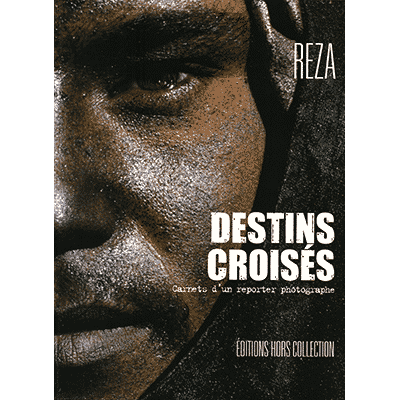 Crossing Destinies, Notebooks of a photojournalist

In 1990, in an Afghanistan freed from Russian occupation, the United Nations had requested me to leave my cameras in order to guarantee a humanitarian program. I had to open up a route for wheat for feeding the population in the northern provinces. Eleven years of war against the Red Army had ravaged the land. The fields weren’t cultivated, the roads impassable, mined or destroyed, the basic infrastructure such as the clinics and the schools were nothing more than ruins.

This wheat I could have donated. I decided instead to exchange it for work, thereby avoiding one of the annoying features of certain humanitarian programmes: social support. Throughout the entire province, a new army was initiated: of men no longer armed with rifles but with spades.

I exchanged looks with this small man during the distribution of wheat.

Nearly ten years later he had become the symbolic face of the humanitarian organisation Aina that I founded in 2001 with young people passionate about communication, in newly liberated Afghanistan – this time from the Taliban.

And what if the growth that it exhibits proudly was that which Aina had given to itself for the objective of planting in countries where freedom of expression does not exist?